Chinese wolfberry, which many of us associate automatically with its fruits name – GOJI BERRIES – has been increasing its popularity since many years around the world. All this due to its copious pro-health properties.

Chinese wolfberry is being cultivated mainly in Ning-xia province. Its shrub reaches the height of even 3m, it has loose branches covered with thorns and very pretty purple-violet flowers.

For thousands of years, Chinese wolfberry has been highly valued for its copious pro-health properties. In England it is widespread since 18th century as Duke of Argyll’s Tea Tree and it is considered as dessert and decorative plant. In 21st century, Goji berries became highly popular among healthy food enthusiasts from all around the world.

Goji fruits are edible when fully ripened. Some varieties of Solanaceae, including Chinese wolfberry, contain in  unripened (green) fruits some solanine, which may cause, among other things, acute alimentary poisons.

It is important to remember that only ripened Goji fruits may be picked and eaten. 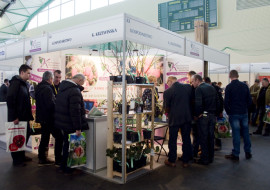 On 7th and 8th of Ferbuary, a well known berry conference took place in Kraśnik in Poland. The conference is called “Jagodowe Trendy”. Our company has been taking part in it for many years. … 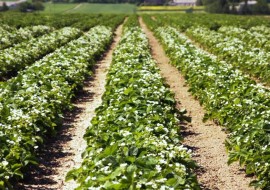 Things to remember before starting a plantation

Winter in full bloom. If you consider starting a fruit plantation it is a great time for planning it. If the idea has just come to our mind, it is worth to check the condition of the field we want to use. … 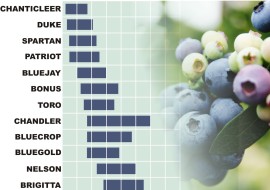 How to plant blueberry?

The choice of seedlings. If we wish to enjoy fruitage throughout the season, it is advisable to choose plants of varied ripening season. It would also contribute to appropriate pollination conditions. …